Tungsten is the primary raw material in carbide cutting tools and is categorized as a rare metal. In the past, Sumitomo Electric has mostly relied upon import for its tungsten supply. Since tungsten is found in only a limited number of countries, its supply is highly volatile.

Until now, A.L.M.T Corp., a subsidiary of Sumitomo Electric, has been importing WO3 from China and other countries to produce tungsten carbide powder as a raw material for carbide tools. A.L.M.T has also been engaged in tungsten scrap recycling at their Toyama plant since 2011. With the start of NIRE’s operations, Sumitomo Electric will be able to produce raw materials for tungsten using both methods: refining tungsten ore from tungsten mines and recycling scrap collected from the market.

Sumitomo Electric will accelerate its activities to facilitate a stable supply of tungsten raw materials, utilizing WO3 production by NIRE and tungsten carbide powder production by A.L.M.T. This will allow Sumitomo Electric to control the supply chain from raw materials all the way to the finished product, which will further strengthen its competitiveness, and achieve synergy through cooperation within the Group. 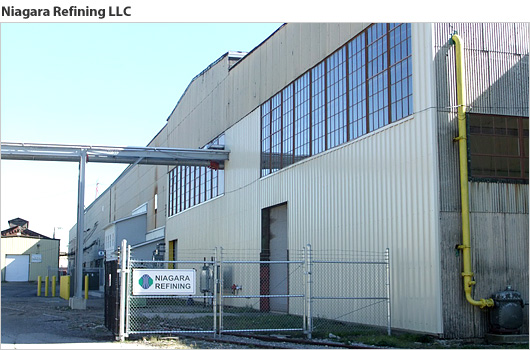